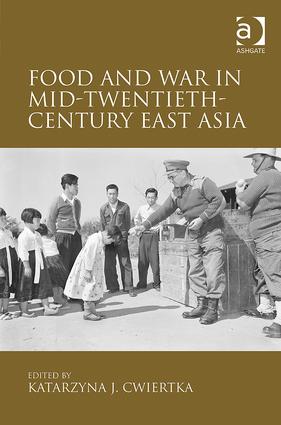 War has been both an agent of destruction and a catalyst for innovation. These two, at first sight contradictory, yet mutually constitutive outcomes of war-waging are particularly pronounced in twentieth-century Asia. While 1945 marked the beginning of peaceful recovery for Europe, military conflicts continued to play a critical role in the historical development of this part of the world. In essence, all wars in twentieth-century Asia stemmed from the political vacuum that developed after the fall of the Japanese Wartime Empire, intricately connecting one region with another. Yet, they have had often very diverse consequences, shattering the homes of some and bringing about affluence to others. Disarray of war may halt economic activities and render many aspects of life insignificant. The need for food, however, cannot be ignored and the social action that it requires continues in all circumstances. This book documents the effects of war on the lives of ordinary people through the investigation of a variety of connections that developed between war-waging and the production, distribution, preparation and consumption of food throughout Asia since the 1930s. The topics addressed range from issues at stake at the time of the conflicts, such as provisioning the troops and food rationing and food relief for civilians, to long-term, often surprising consequences of war waging and wartime mobilization of resources on the food systems, diets, and tastes of the societies involved. The main argument of this volume is that war has not been a mere disruption, but rather a central force in the social and cultural trajectories of twentieth-century Asia. Due to its close connection with human nourishment and comfort, food stands central in the life of the individual. On the other hand, owing to its connection with profit and power, food plays a critical role in the social and economic organization of a society. What happens to food and eating is, therefore, an important index of change, a privileged basis for the exploration of historical processes.

'How eating happens on and off the battlefield and amid wartime and post-war food storages is the focus of this compelling collection of essays, which also addresses the implications of wartime food practices for the outcome of wars, as well as post-war state building, culture, and society.' Reviews in History

Katarzyna J. Cwiertka is Chair and Professor of Modern Japan Studies at Leiden University, the Netherlands.